Andrea Bocelli shared his incredible talent with multiple singers including Celine Dion, Sarah Brightman, and Ariana Grande to name a few. The tenor’s unparalleled voice has been entertaining us for decades and paired up with an equally complementing talent, the end result is always a pleasure to hear.

This video is extra special because the Italian tenor has chosen to sing an old Elvis Presley classic, but revamped a la Andrea style. But, it gets even better when he enlists the help of his eldest son, Amos, to bring this beautiful song to life. 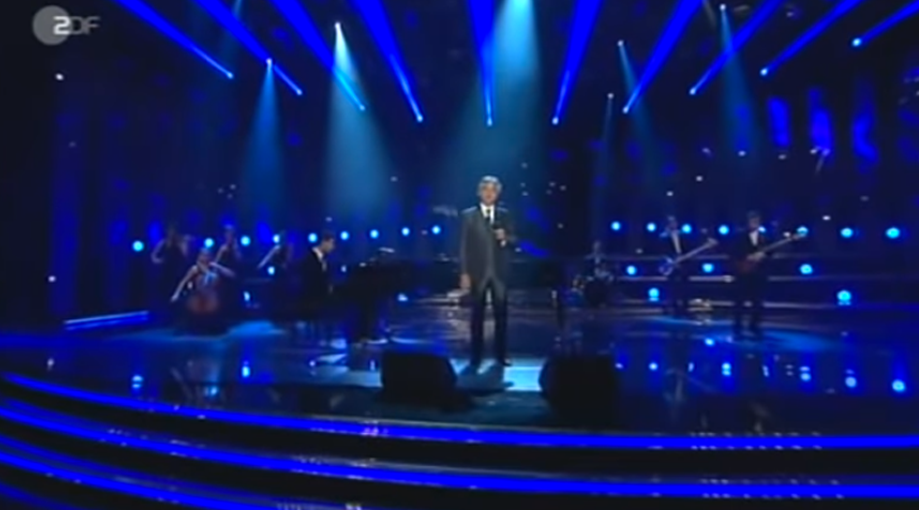 So the story goes, it was Amos who reached out to his superstar dad and asked if they could collaborate together. Usually a bit reserved and shy, Amos wanted to play the piano while his father sang. Amos is a budding musician himself, able to play the piano to perfection. He’s the perfect musical accompaniment to dad as they join forces to pull off Elvis’ 1956 hit “Love Me Tender,” originally written as an adaptation of a Civil War ballad called “Aura Lee.”

Andrea says he’s enjoyed every duet he’s ever been a part of, “When two voices are intertwined and reciprocally enhance their expressive qualities, something magical happens and it remains inside your ear. It is closer to one hundred than to ten, the number of colleagues with whom I am particularly happy I have been able to make music.” But, I can only imagine how touching it is, how much it means to have the support of a beloved family member on stage, whether it’s singing or as the musical accompaniment. 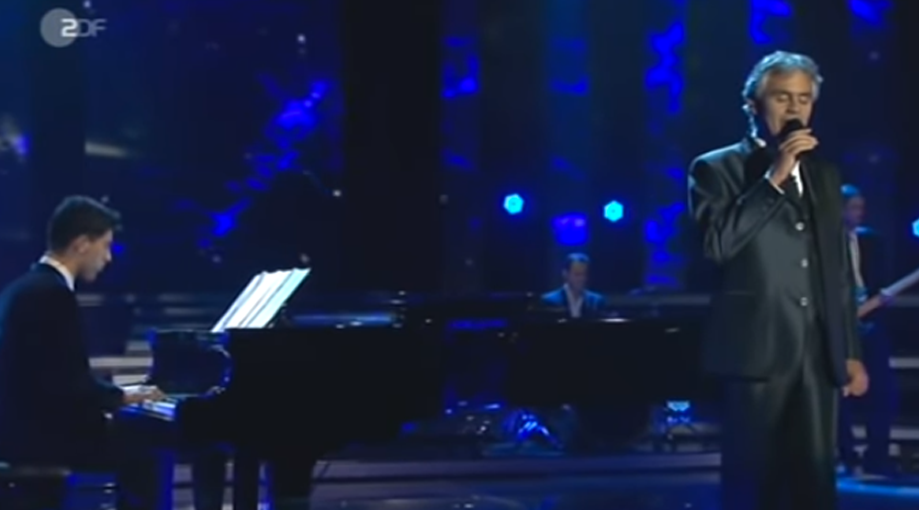 In the video, the father-son duo is performing live in Germany. The crowd immediately starts to clap as the pair is revealed onstage in front of a band. Amos begins to play and Andrea begins the familiar song, singing in English. His son’s piano playing tenderly carries the words of the song, bridging their respective talents for a musical collaboration that moves the audience. They perform magically together and it’s a lovely version of the Elvis classic. Amos’ playing is a solo until the band chimes in to create a full-on production. Just as their performance come to an end, the audience roars with appreciation. It’s so touching to watch family supporting family as the musical torch is passed on.

Click the video below to watch this re-imagined tune come back to life, years later, by this fabulous father and son duo.

173
SHARES
Advertisement
Back to Top ↑