Kids can say and do the darnedest things, leaving parents awestruck at just how exactly they ended up in some of their wily predicaments. Charlie is one such little guy who ended up somewhere he didn’t belong and Dad cannot believe what he’s seeing! Charlie was innocently playing in his bedroom when he decided to explore. Somehow, Charlie managed to find a small gap in the bottom of the back of his chest of drawers and wedged himself up in there! 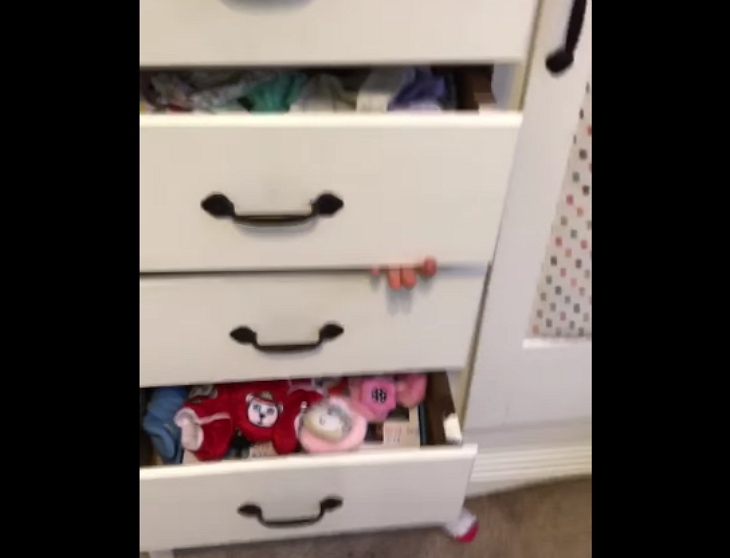 When Dad enters Charlie’s bedroom, he calls out for his son because he cannot readily see him. Then he hears a muffled voice coming from deep within the piece of furniture. Dad calls for Charlie and asks him where he’s at and how on earth he managed to get in there. It’s hard to hear Charlie, considering he’s crammed behind all of the drawers, but he explains to his dad in detail how he ended up behind there. Dad tells Charlie to show him where exactly he’s at and he shows Dad his foot by poking it out from underneath the chest of drawers. Then Dad asks to see his hand and Charlie gingerly sticks his fingers out the front by a drawer. 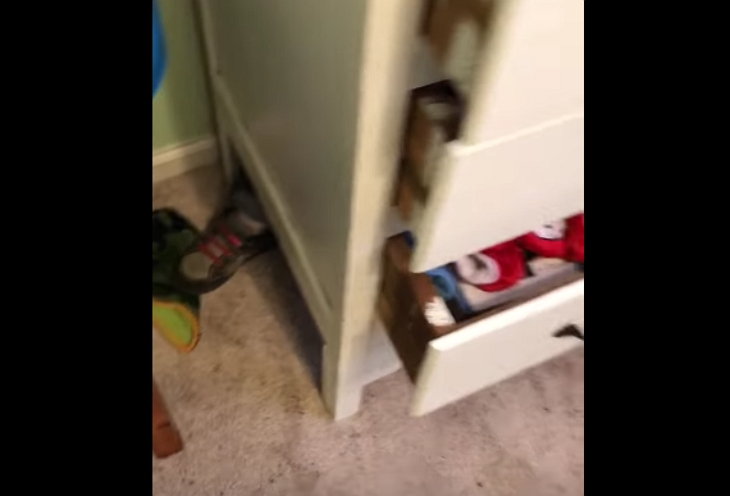 Next Dad declares in disbelief that “You managed to shove yourself up behind all the drawers and you are stuck and you need help getting out.” Charlie confirms his predicament and then asks for Dad to get Mom, but he informs his son that she is taking a nap. Charlie then wants Dad to capture his antics on camera for others to see, which thankfully for all of us, he does. Everyone cannot stop giggling over silly Charlie and his sticky situation. See for yourself how poor Charlie is really stuck inside a chest of drawers!

14
SHARES
Advertisement
Back to Top ↑